My Third Visit to Paracelsus – Part Three, the Final Instalment 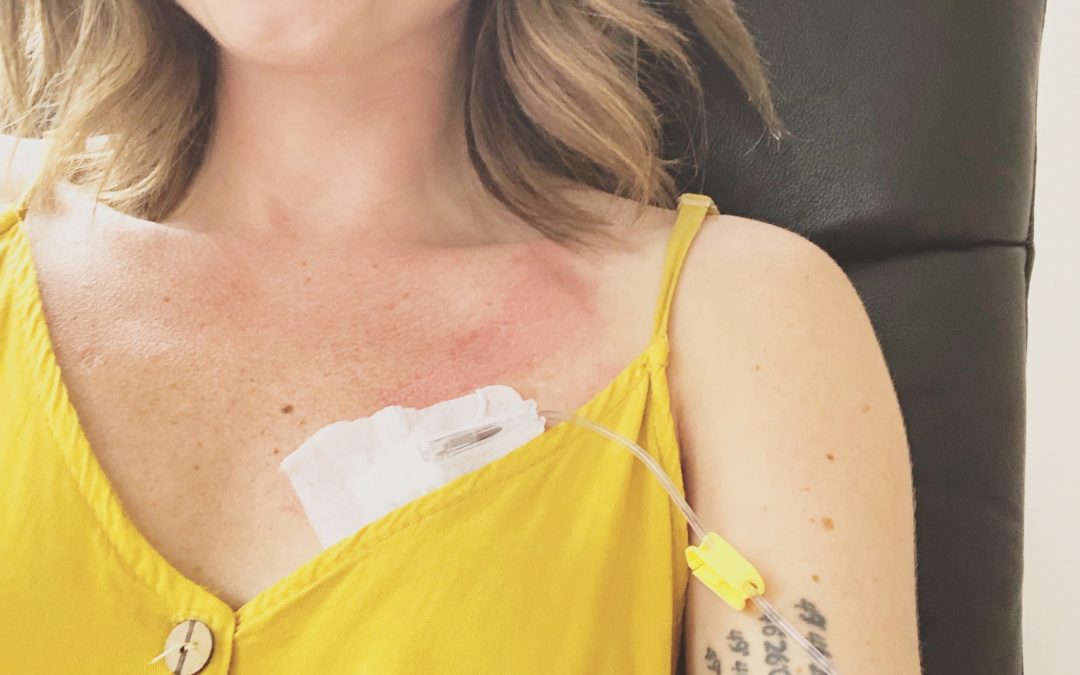 At this point there are probably close to, if not more than 10 blogs about my journey with Paracelsus, including my decision to go and the daily diaries from my three visits. In this final post, you’ll read about my last few days of my third and final trip to the clinic.

Today is my last full day at the clinic.  My morning started with the final appointment with my regular doctor.  My priority was infusion sets.  I wanted to ensure I would be getting enough for home, especially if it takes two months for them to be processed through Canadian Customs when we mail them.

She seemed a bit hesitant at first about the infusions, but in the end agreed that I would benefit from four different kinds:

Nervous system up building, and

The catch was that she only wrote the prescription for 5 of each, but (as I found out once I got home) the discharge note indicated to do them 1-2 times per week, so I should have been able to bring 10 of each home, but the pharmacy would only fill five.

I asked my last few questions, including if I should continue neural therapy on my adrenals once getting home.  Opposite to the infusion sets, she was excited about prescribing neural therapy, which I shouldn’t have been surprised about – she seemed to really enjoy stabbing people every darn day.  In the end my neural therapy prescription has over 20 injection sites.  I am not sure I will be comfortable with all of the locations but it is something I can discuss with my family doctor once I am home.

She wanted to finish our appointment with neural therapy (of course) on my tonsil scars and both temples.  I tolerated them both fine, no sudden outburst of tears this time around.  The doctor also offered to do the same injections at Stephen’s temples because he has been fighting with allergies and sinus congestion since we got to Switzerland.  He got up onto the table, I didn’t watch the first injection but I did watch her remove the needle on the second side; my jaw nearly hit the floor.  The needle was easily an inch long.  Dumbfounded, I wondered if she was somehow probing into our brains with that thing; at what point do you hit the temporal plate? How did she get in that far?

A google search didn’t bring me any answers.

Once we left her office I told Stephen how shocked I was to see that the needle was so long.  He didn’t realize that I had no idea the whole time she was using very long needles. From my experience the first time, I knew the ones meant to target my ovaries were deep, the previous doctor told me that. And I knew it was a long needle that was used to access the sinus cavities. I had no idea that each time she stuck one in my back, even when it was close to my spine … that they were all long needles, plunging deeply into my skin and beyond.  This is not the kind of neural therapy I do at home.  I thought all neural therapy, based on how they prescribed it after my first visit was all very superficial and near the surface. There is certainly nothing superficial about this style of neural therapy.

Next I had an infusion, today it was Artemisinin and then I followed that with my very last IHHT session.

My last day! This day always feels so good. I’m ready to burst out the place Looney Tunes-style leaving a Sara-sized cutout as I plow through the wall.  Maybe that is an exaggeration, but the emotional turmoil I seem to go through at Paracelsus is something I can’t wait to get away from.

I had an infusion first, my last one was phosphatidylcholine.  After that I met with the other doctor, the one who did my live blood analysis.  He is such a fun and smart doctor to sit down with, it was a good thing we had him on the last day, it lifted my mood to have my last appointment at the clinic with him.

There really isn’t a way to describe this appointment. It was face-paced, non-linear, random and at times off topic.  We had some questions left over, and they were also random in nature.

One of those questions was about the AmpCoil, and if they’ve had patients who use them.  He hadn’t heard of the AmpCoil, so I have to assume it hasn’t taken off in Europe yet, but he said it sounded a lot like their PAP-IMI/magnetic induction therapy (I only did this during my first visit to the clinic, you can read about it here).

At this point we were at the end and went to the Billing Office to settle my bill.  This was a point of frustration for me; and leaves room for some advice I would give new clients at the clinic:  they take a down payment before you start, and then each week they request a deposit.

My deposit after week one was another $8000 CHF, and I knew it would be more than I needed.  Based on my last two experiences I have a rough idea what my therapies cost, and there had been a few therapies removed during the second week.  It didn’t occur to me to mention this when we made that $8000 deposit though, I assumed if there was a balance of money left over that they would just credit that to our Visa.

Someone once told me,

“Never assume. It just makes an ASS out of U and ME”

Assuming they would credit our visa was the issues. They don’t give you money back that easily. I have to get our bank to contact them, there is a process to go through – and the money will be transferred directly to our bank account instead.  But hey. At least we gained some travel reward points with that amount of money going through on our Visa, right?

Some of the tests that they ran take a couple of weeks to get results back.  Since getting home I got more results back, and I can’t say I am surprised that it wasn’t good news when it came to the stool test.

This test looks at a lot of factors, pH, the presence of bacteria, molds and fungi.  It measures absorption residues, the number of immune cells, allergic response and intestinal permeability among a few other things.

My results the first time were better in many ways, even though I had just spent 500-and-some days on heavy, death defying antibiotics.  At the time of my third, most recent test, my gut had a lot more inflammation.  I think I mentioned this in an earlier post, but the beginning of 2019 was incredibly hard, I was in very poor shape and I started to slip/not care on my dietary choices – often believing I deserved a treat and allowing myself to fall into an emotional eating spiral, but those treats became far too frequent and I ended up contributing to the problem.

People have often asked me, “do you always eat healthy?” and probably because I am a Registered Dietitian it would lead one to believe that is the case, but it is not.  I won’t get into my RD philosophies on here, but I will say that I am human and I fell into an emotional eating struggle, dietitian or not – when things get hard I still can fall victim to the same dietary struggles anyone else does. For me that meant chocolate covered jujubes, ice cream, mini eggs and nibs. Yes, those are my favorites. And maybe the odd donut.

As time progressed I can’t say I started to feel much better.  To be truly honest, I don’t feel like Paracelsus was the golden ticket for me as it was with others.  I am always thankful for the experience and opportunity, and beyond grateful to the naturopathic doctor there who’s been my only reason for going back both the second and third time.

He continued to keep in touch with me since I got home, and did his best from afar, but you can only do so much with that much distance between you.  Upon coming home, I followed the protocols but never made any progression, and at times, in fact – many times since I’ve felt that I’ve been in worse shape.

None the less, we persevered through the following months until I came to a new pathway, which I’ll talk about in the next blog.